Series based on Deceit: International project 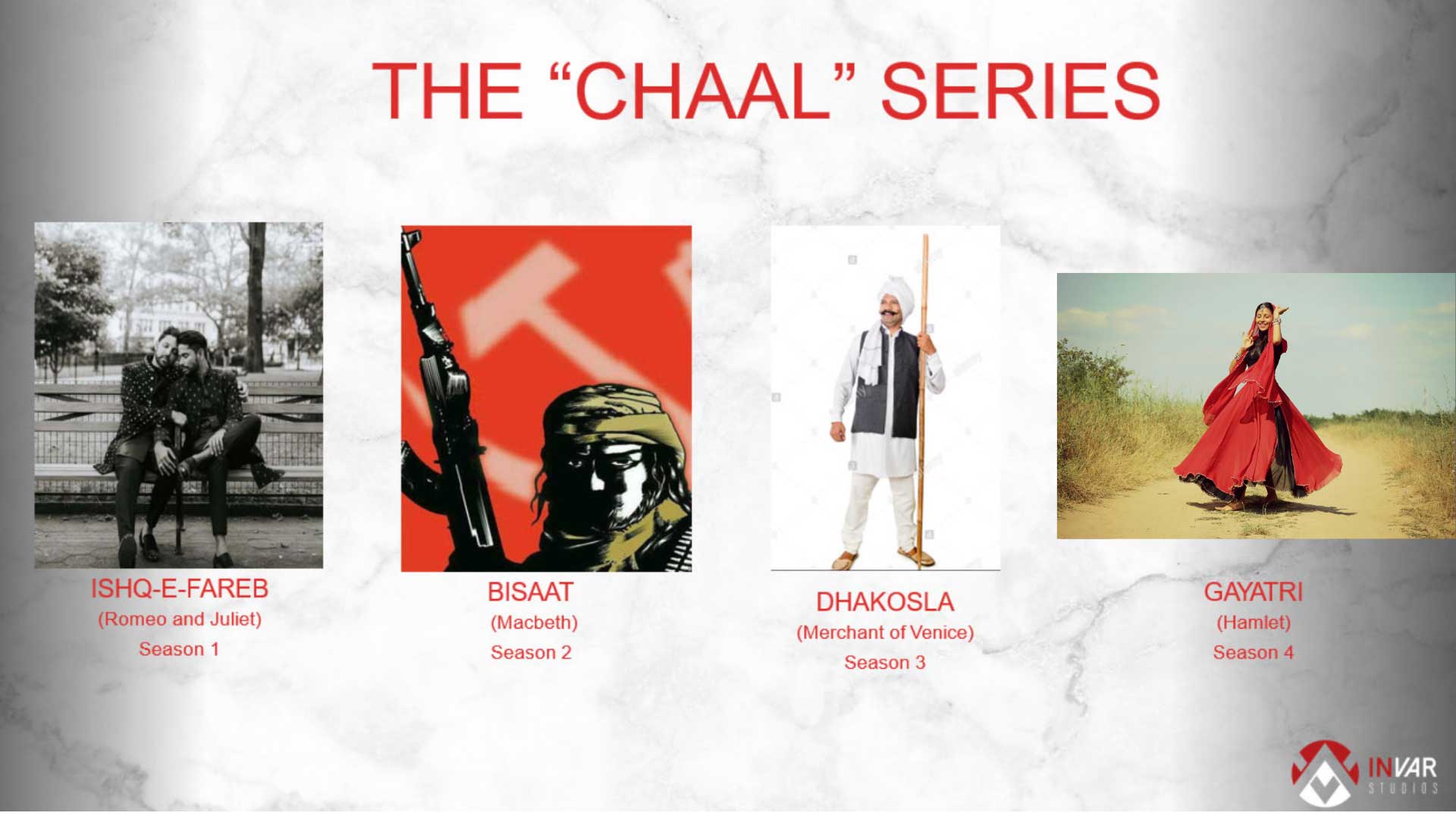 This series depicts various forms of deceit (Chaal in Hindi) through the adaptations of four Shakespearean plays- Romeo and Juliet, Merchant of Venice, Macbeth, and Hamlet. The story explores how deceit can change the course of a person’s life. Every adaptation is a  5 to 7-episode series, in which through our various characters coming from different parts of  India, we delve into deceit that suggests malevolence. The four adaptations have characters  that mislead themselves while deluding others with biased reasoning and biased recollections. Through their acts—big or small, cruel or kind- they lead other characters on a path of  downfall, ultimately marking their own doom.